Definitely we often hear forex trading using indicators and various indicators have also been delivered in other postings. Not infrequently, traders actually more often struggling with the use of indicator settings compared to trading itself. The question is, is there a trading system that does not use indicators, but easy and still makes profit?

PA is basically an approach to trading easily. However, in terms of learning it certainly is not as easy as imagined. For example, there are dozens of different types of candle patterns and chart patterns that for new traders are looking “scary” and seems like going back to school to memorize them. In fact, in reality, very few candlestick patterns and chart patterns are actually used by traders because of limitations, both the appearance of the pattern and the point of view in seeing candlesticks. One can see that pattern A is being formed, but for others see that is actually forming pattern B.

PA is a bridge

For traders who are dizzy with fundamental analysis, PA is the solution to this. In the PA, there is also a way to read the candlestick after news of high impact or a series of data releases that occur before, which can be seen in the movement and direction of the candlesticks. Indirectly, candlesticks “absorb” information about the news that occurs and then become a source of information for traders who want to know the fundamental impact on price movements.

In PA, how to read candlesticks is the key to discussion and analysis. PA acts as a guide to predict the direction of movement of the price that will occur. However, keep in mind that PA is also part of indicators and technical analysis, so that the attributes inherent in technical analysis also affect PA.

PA as an indicator

As an indicator, PA has the same characteristics with other technical analysis. First and foremost, PA is sensitive to data input, so the amount of data needed will be much to achieve higher accuracy. That is, PA is worthy of being used as material for analysis on candlesticks with a large timeframe, at least above 1 hour.

If the time lag is too short for the analysis using PA, then there is a possibility that the analysis will produce a wrong prediction. Some indicators such as Moving Average / MA, Stochastic Oscillator and so on are sensitive to movements and changes in the shape of candlesticks. The more data, the more accurate the PA in analyzing price movements.

How is the PA Application for Trading?

The second is Chart Pattern. This is the development of candlestick patterns, where traders try to see price movements with a help called harmonious patterns. In general, this pattern is divided into two, namely bat or butterfly. In principle, the difference between the two types of patterns is only the direction of the pattern formed and the tendency of direction. 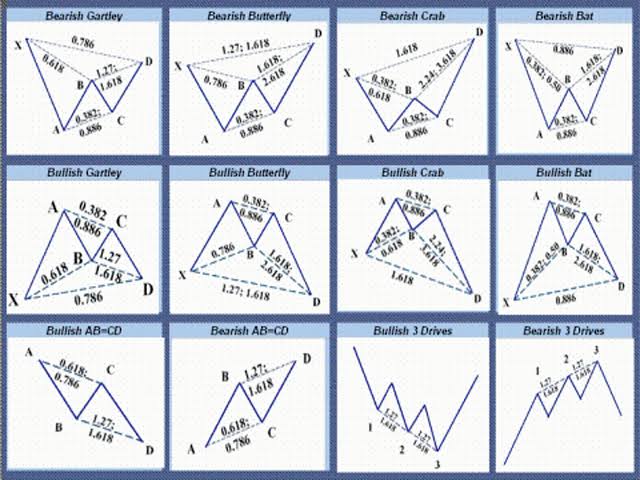 Much to remember? Don’t worry because trading is not a test. We can print the patterns above and put them near the computer or at any visible object, as an aid to learning candlesticks. There is no need to fear being wrong, because the patterns formed will be repetitive and there is always a chance to get the same pattern later.

What should be considered?

Always obey the rules when making transactions, because most traders make the mistake of breaking the rules they made themselves. This rule includes not opening new positions if the existing ones are not yet regarding SL or TP. Do not get carried away quickly when experiencing losses or when making a profit. Keep doing the analysis with good and focused mind to achieve forex trading system that are yielding consistent profits.